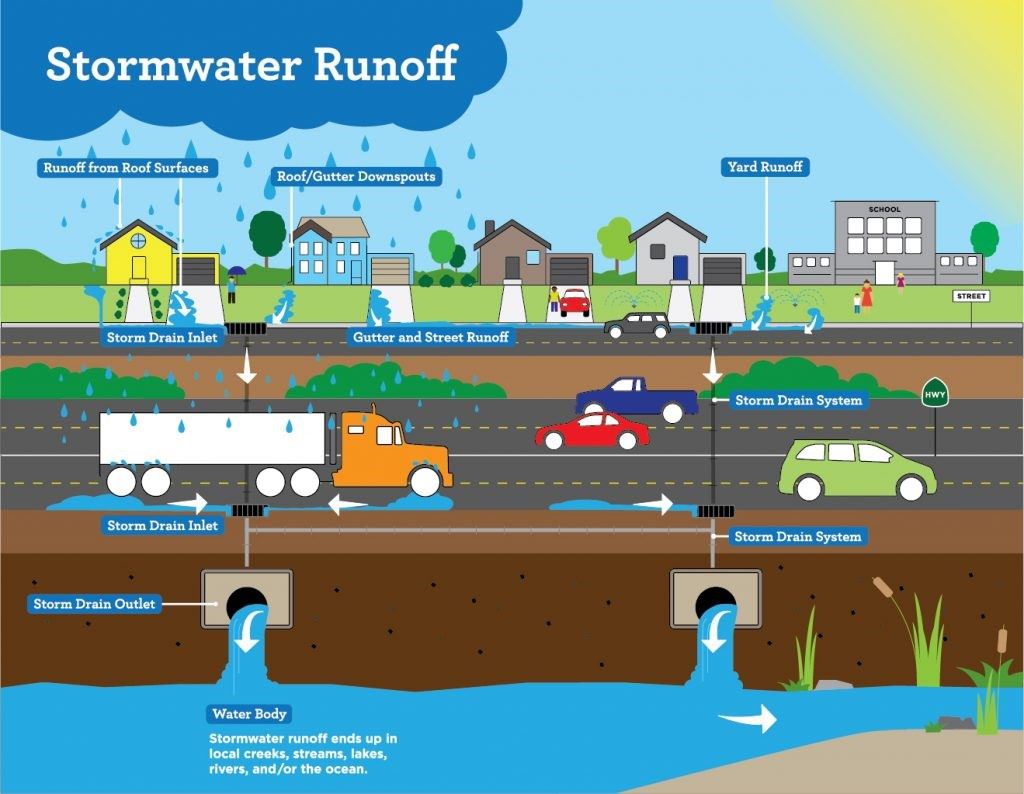 Stormwater is, in essence, just what is sounds like: water from a storm.  Any precipitation that falls from the sky, including rain, hail, and snow, is considered stormwater.

In general, there are two fates for falling stormwater.  In a natural landscape without development, stormwater is absorbed into the ground or falls into bodies of water.  This gives needed water to plants and animals and replenishes reserves of surface and groundwater.  In contrast, in an urban landscape, stormwater falls onto impervious surfaces (surfaces that do not absorb water) such as roads, sidewalks, rooftops, or parking lots and is not soaked up by the ground.  As a result, the falling water is swept across these surfaces as runoff.

Stormwater runoff plays a large role in local water pollution.  As the runoff flows across the ground, it picks up pollutants and carries them into local waterways, such as rivers, lakes, and streams, before eventually making its way into the ocean.  In a natural system, a variety of plants act as filters that clean pollution from the water as it percolates into the ground.  Without these natural filters, pollutants and other debris accumulate and are washed into bodies of water.

In addition to transporting pollutants, runoff can also cause erosion and sedimentation by sweeping away and displacing soil.  It can also cause localized flooding when storm drains take on too much water at once. 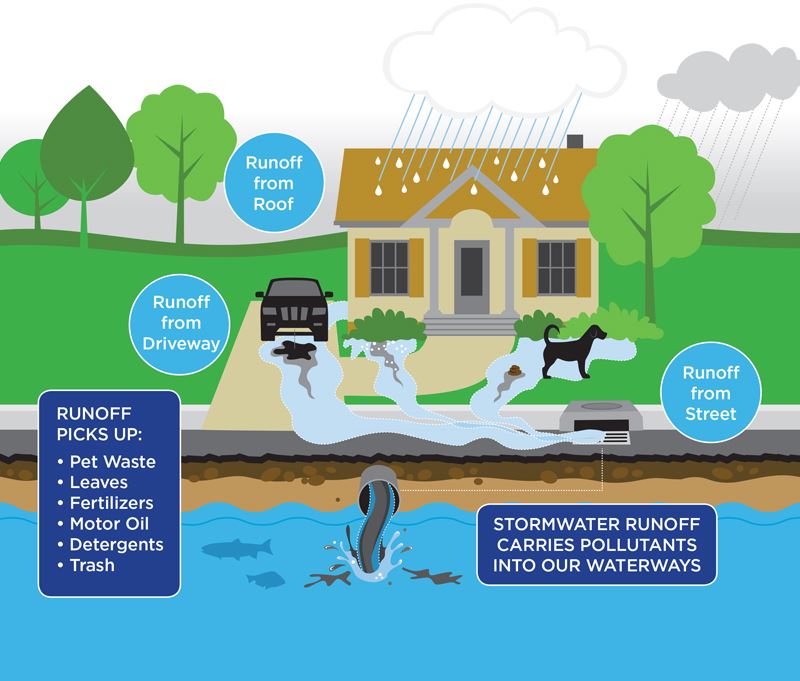 Construction activity is one of the major causes of sediment entering the waterways. The major reasons why construction activities lead to erosion are: exposure of bare soil areas to storm runoff, increased volume of runoff, and changes in surface water patterns adversely affecting the drainage system, slope stability, and effects on existing vegetation.

Proper management of construction activities, as required by local, state, and federal regulations, can minimize soil erosion and control sediment transport. An erosion control provision in a construction site acts as a first line of defense. If the soil is not allowed to erode, there will not be sediment to control. Despite all attempts to minimize, a construction project will most likely leave bare soil exposed to the environment. To prevent soil from leaving the site, measures such as diversion dikes, silt fences, and sediment basins are used. 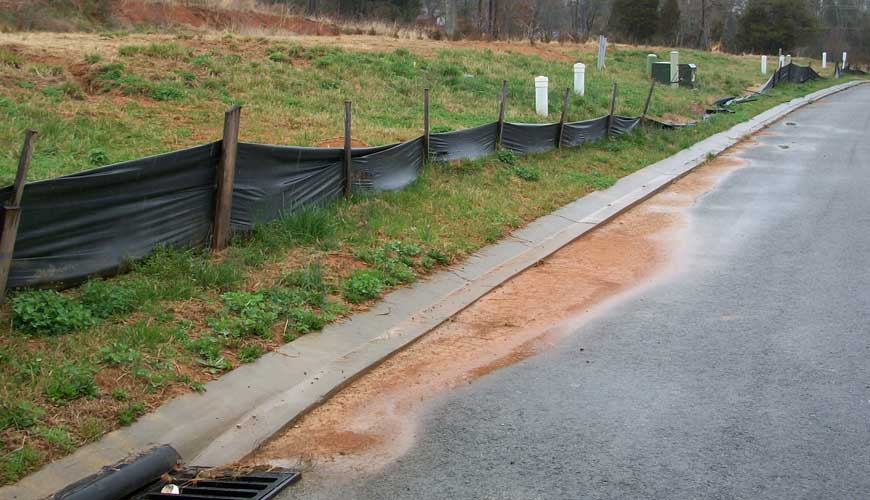 An illicit discharge is defined as any discharge to the municipal separate storm sewer system that is not composed entirely of stormwater, except for discharges allowed under an National Pollutant Discharge Elimination System (NPDES) permit or waters used for firefighting operations. These non-discharges occur due to illegal connections to the storm drain system from commercial establishments. As a result of these illicit connections, contaminated wastewater enters into storm drains or directly into local waterways without receiving treatment from a wastewater treatment plant. Illicit connections may be intentional or unknown to the business owner.

These connections are often due to the floor drains connected to the storm drainage system. Additional sources of illicit discharges are failing septic systems, illegal dumping practices, and the improper disposal of sewage from recreational practices such as camping.